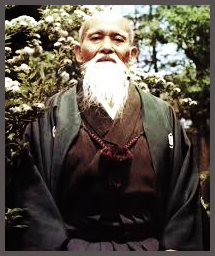 Aikido was founded by Morihei Ueshiba (1883-1969) as a result of long-standing practice in many different kinds of traditional martial arts of his time, such as:

Morechei Ueshiba, frail and weak as he was in his youth, saw the weakness of the  systems back then, to overcome the use of muscle power and violence for defending against an opponent.

In a word, how can we devise a defense against someone bigger in size and experience, without seeking his total destruction?

Through this reflection he created the art of aikido, which, unlike the martial arts before his time, brought innovation not only in technical but also in the moral level of martial arts. The purpose of aikido is not the victory or the victory over his opponent, but the true victory, which comes with the defeat of ourselves.

The workout on a physical level has nothing to do with competition, since aikido has no matches, but to personal development and self-realization through discipline exercises. Aikido does not include kicks and punches. A key element of the practice of Aikido is to fully harmonize with the movement of the opponent, allowing the defender maximum effect with the minimum use of force or violence.

This is achieved by exploiting the momentum of the attacker, breaking his body balance, and ultimately pin him to the ground. For all that we do not needed muscle strength but coherent spirit, pure perception and immediate reaction and timing as well as good knowledge of the body and its functioning.

In Aikido Bushido Center there are adult classes as well as children’s Aikido section. For more details about the children’s section please click here: Children’s Department.

Aikido Bushido Center is an official representative of the United Aikido Dojos organization. 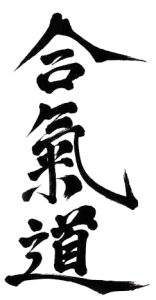