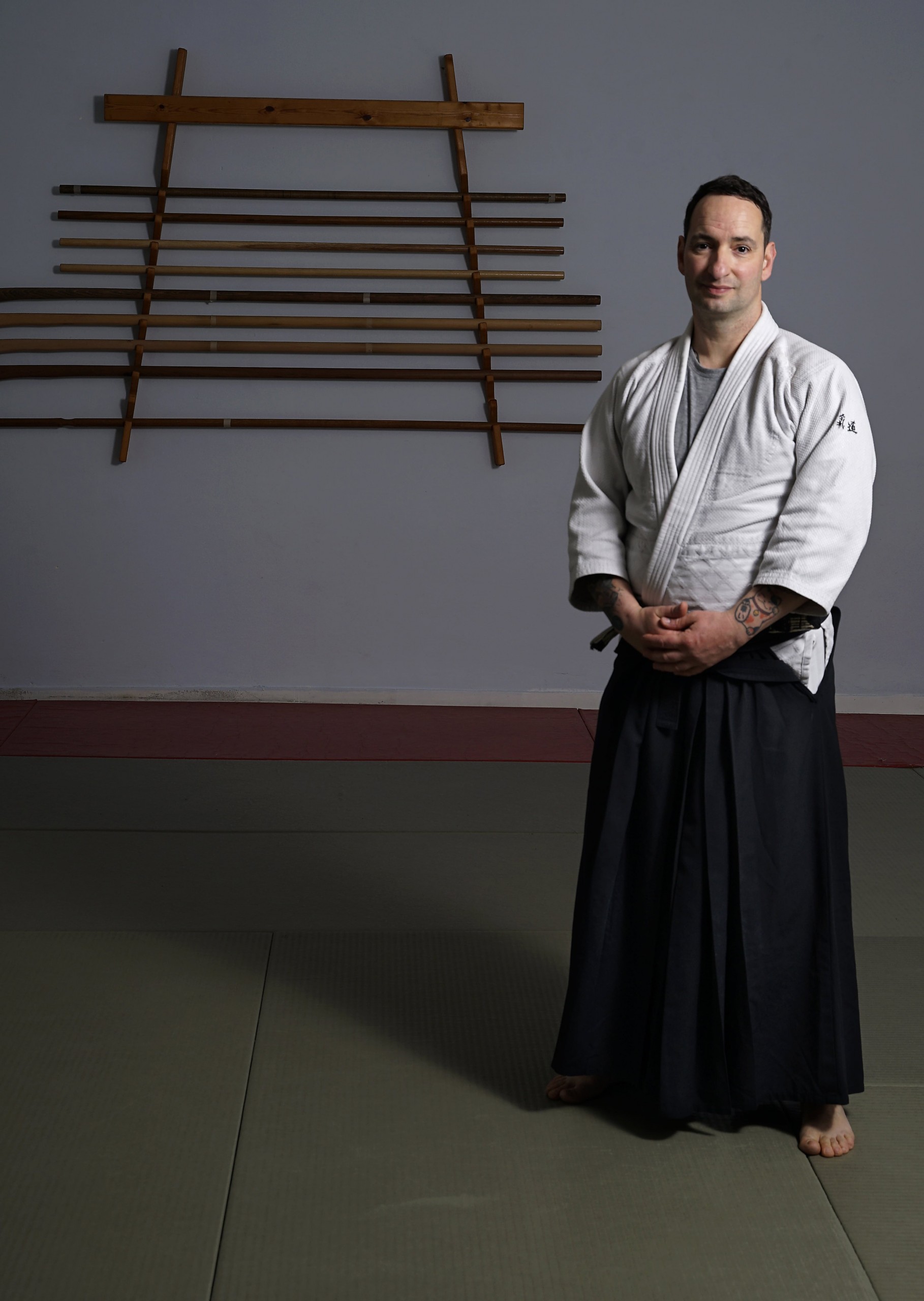 Panagiotis Agrios was born in Athens in 1975. From a young age he started playing sports
by boxing, while his first contact with the field of martial arts was with judo at the age of 17.
Athlete of the Panhellenic Gymnastics Club, he studied with Athanasios Kaparos.

After completing his studies in the preservation of antiquities and completing his military
service, he began to engage in the art of Aikido. The difference of aikido in relation to what
he had done so far, leads him to practice intensively with it. Shortly before becoming the
holder of the black belt, he makes his first trip to Japan and remains an in-house student of
Kazuo Igarashi Sensei. Returning to Greece, he has already realized how crucial it was for
this trip and decides that he wants to pursue Aikido professionally.

At the same time he learns the Japanese language in order to get closer to the Japanese
culture and next year he visits Japan again. Knowing Japanese culture better, he focuses
his efforts on getting in touch and becoming a student of the oldest Japanese fencing
school, the Katori shinto ryu. Finally, after years of efforts, he finally manages to start his
apprenticeship under the supervision of Erik Louw Menkyo katori, Holland shidosha, with
whom our school is directly connected with Otake Risuke sensei, the only representative
of art today.

In October 2014 in Amsterdam, the Netherlands, in the presence of Nobutoshi Otake
sensei, he took the traditional keppan blood oath and now officially belongs to the Katori
shinto ryu family.
Since then until today he deals with Aikido attending seminars by teachers from abroad,
teaching at the school of Aikido Bushido Center.

He holds the rank of 5th Dan in Aikido, 1st Dan in Judo and 1st Dan jiu jitsu. He is a
certified Jiu Jitsu coach by the General Secretariat of Sport and also a certified trainer
(Shidoin).
He also holds the degree of Master Usui Reiki and is an instructor of the voluntary Aikido
learning program of KETHEA in the women’s prisons of Thebes.

George Alessios was born in 1975. His first contact with sports began in 1984 with the Greco-Roman and freestyle wrestling. From that point since 1986, he has been trying other martial arts to finally discover and settle his focus on Aikido. Since 2004 he systematically trains in the art of Aikido and  holds the rank of 3rd Dan.

In addition,  he studied the art of Judo under Athanasios Caparos Sensei, where he acquired the rank of 1st Dan. Today he trains and teaches Aikido in Athens Bushido Center. 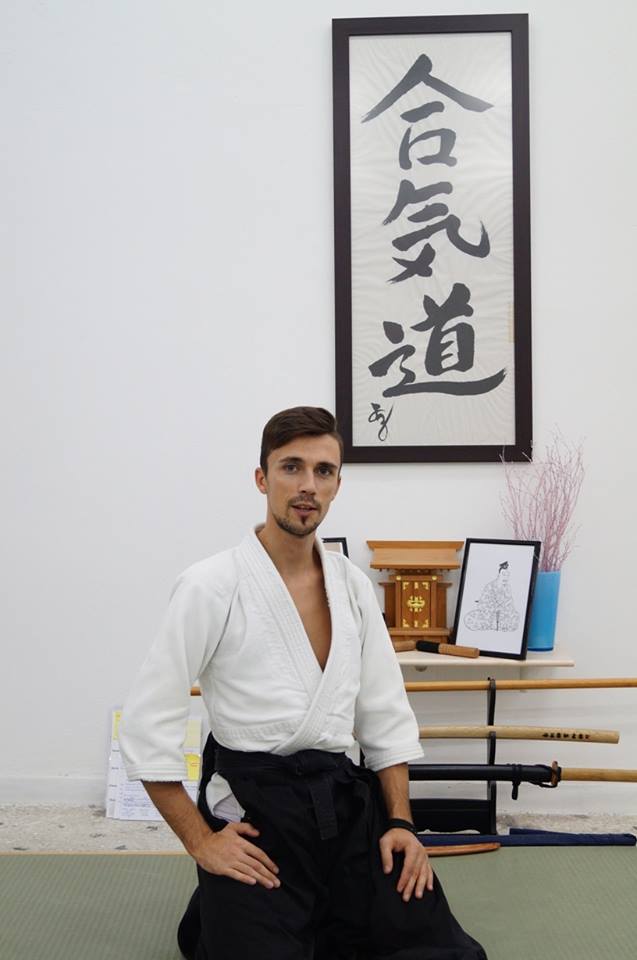 Raphael Priftis was born in 1989 and from an early age showed a great interest in martial arts. Aikido has been a part of his life for the last eight years, an art that won him over from the very first time. Under the guidance of instructor Panagiotis Agrios, he reached the rank of 3rd Dan Aikikai.