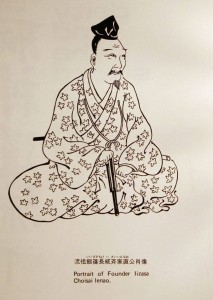 Tenshin Shōden Katori Shintō-ryū is a purely martial art with a history of 600 years.

In modern times (April 1960) it has been characterized as cultural heritage of the Chiba prefecture and of Japan. It is the only art in Japan to receive such a title. Teachers and students of Katori Shintō-ryū (katorika) are considered as the safe keepers of tradition. It is characterized by the Keppan (oath of blood) which is compulsory for anyone who wishes to practice the art.

In contrast to modern martial arts, it offers a spherical training on all battle styles and for this it is being called bugei juhappan (18 categories of martial arts) or else, total study of martial arts.

Katori Shintō-ryū teaches kenjutsu (sword), iaijutsu (sword drawing), bojutsu (staff), sojutsu (spear), jujutsu (unarmed combat), naginata (type of spear), shurikenjutsu (blade throwing). Also there is reference and training in sciences of war sich as chikujojutsu (castle or field fortification), gunbaiho (strategy), tenmon chiri (topography and use of stars for direction). Given the wide range of study regarding war and its practices, Katori Shintō-ryū is considered the pinnacle of Japanese tradition.

In the battlefields of past centuries, warriors wore armor and fought with spears. If the spear broke, they had to draw their swords. In case they lost the sword, they went directly to unarmed combat until they were able to find a new weapon. It is clear thus, that the teaching of one, single martial art (swords, spears or unarmed) was at least insufficient in the battle field, where a combined knowledge of martial arts was needed! This combined knowledge is in effect the teaching and content of the art of Katori Shintō-ryū.