The techniques of Aikido are often referred to as “waza” which translates in Japanese as technique, art or skill. Training in Aikido is based on predetermined stances between two partners, known as kata rather than free type training. The basic idea in training is that the person receiving the technique (uke) initiates the attack towards the person applying it (tori (取り) or shite (仕手) depending on the style of Aikido or even nage (投げ) when a throwing technique is applied). The receiver neutralizes the attack with an Aikido technique.

Uke and tori are equally important in Aikido. They both study the principles of blending and adaptation. Tori learns how to blend in with the energy of the attack and control it while uke learns how to remain calm and flexible when found in the disadvantaged and unbalanced situations the tori puts him in. The “receiving” of the technique is called ukemi. Uke is constantly trying to regain his balance and cover his/her weaknesses ( e.g. exposed side) while tori uses positioning and timing to retain uke in a vulnerable and unbalanced position. In more advanced training the uke can apply reverse techniques (返し技 kaeshi-waza) to regain balance, immobilize and throw the tori.

The word ukemi (受身) means the act of receiving a technique. A successful ukemi requires focusing on the technique, on the opponent and the surrounding environment. The reception is active rather than passive. The fall itself is part of the training as it provides a safe way to apply a technique and then return to sitting position in one move. Without the fall this would normally end up in a severe hit, a throw or a joint lock.

The person executing or receiving the throw must calculate the uke’ s ability in taking ukemi and must also be aware of his/her surrounding environment when on the tatami: walls, weapons (wooden tando, bokken, jo) and the other practitioners.

Uke must attack with the force and speed that is appropriate for the tori’s level. In the case of beginners, the attack is far more subtle than what it would be, should it occur in a real self-defense situation. 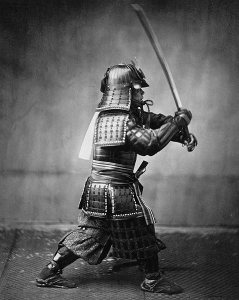 Most attacks in Aikido resemble a strike with the sword. Most of the Aikido techniques are usually applied as defense against an attack. For this reason, the practitioners of the art must learn how to launch different kinds of attacks. Even though Aikido doesn’t emphasize on attacking as thoroughly as other arts do e.g. Karate or Tae Kwon Do, honest and real attacks are necessary to be carried out for the proper studying and effective application of a technique to occur.

Many of the strikes in Aikido (打ち uchi) often resemble cutting with a sword or other handheld weapons. This indicates that those techniques where designed for armed combat. Other techniques that seem like punches (tsuki) are dealt with as strikes with a knife or sword. Kicks are usually intended for more advanced variations of the techniques because the fall from striking with a kick as tori is dangerous as well as the fact that kicking during battle was very rare in Feudal Japan.

More specifically, the beginners usually practice techniques from grabbing attacks not only because they are safer but also because the sensation of the force and energy of a grab is distinguished easily compared to a striking attack. Some of those grabbing techniques originate historically from situations where the defender would find him/herself being held or grabbed while trying to draw his/her weapon. Such a technique could be applied for releasing oneself from the grab and in turn apply a pin or deliver a strike to the attacker.

Taking all of Aikido’s techniques under consideration we see that this art recognizes over 10.000 techniques. Many of the techniques originate from Daitō-ryū Aiki-jūjutsu, but some of them where entirely created by Morihei Ueshiba. The exact term for some of the techniques can vary depending on the school. The names that follow are as defined by the Aikikai union. It should be noted that even though the first five techniques are named in a numerical order it doesn’t mean that they are always taught this way. Aikido shares many techniques with Judo (e.g. drop throw) which can be considered to be the “cousin” of Aikido. They both have common roots in jujutsu.