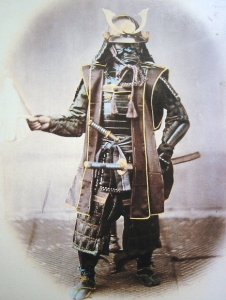 Bushido (武士道) literary means “the way of the warrior”. It is the Japanese word for describing the life of the samurais, quiet similar to the concept of chivalry.

“Bushido” is a modern term not a historical one. The “way” of the samurais originates from their moral values such as thrift, loyalty, deep knowledge of martial arts and honor until death. Bushido was born from Neo-Confucianism during the Tokugawa period. Based on Confucianism texts, Bushido was also influenced by Shinto and Zen Buddhism leading to control the violence of the samurais with wisdom and serenity. According to some specialists, bushido was developed between the 16th and 20th century. Some others debated that it had already started to form since the 10th century and others have stated that the term Bushido is “rarely appearing in premodern literature”.

Under the Shogunate of Tokugawa, some aspects of the warriors’ values had been adapted into the feudal law.

The word Bushido was used for the first time in Japan during the 17th century. It came to be widely used in Japan and the West after the publication of Nitobe Inazo’s Bushido: The Soul of Japan in 1899.

“……Bushido, then, is the code of moral principles which the samurai were required or instructed to observe…. More frequently it is a code unuttered and unwritten…. It was an organic growth of decades and centuries of military career. In order to become a samurai this code has to be mastered.”

Bushido expanded and formalized the earlier code of the samurai while emphasizing the values of frugality, loyalty, mastery of martial arts, and honor to the death. According to the bushido ideal, if a samurai failed to retain his honor he could only regain it by performing seppuku (ritual suicide).

In an excerpt from his book Samurai: The World of the Warrior, historian Stephen Turnbull describes the role of seppuku in feudal Japan:

“In the world of the warrior, seppuku was a deed of bravery that was admirable in a samurai who knew he was defeated, disgraced, or mortally wounded. It meant that he could end his days with his transgressions wiped away and with his reputation not merely intact but actually enhanced. The cutting of the abdomen released the samurai’s spirit in the most dramatic fashion, but it was an extremely painful and unpleasant way to die, and sometimes the samurai who was performing the act asked a loyal comrade to cut off his head at the moment of agony.”

Bushido changes dramatically over time and depending on the geographic and socio-economic backgrounds of the samurai, who represented 5% to 10% of the Japanese population. The first census of the Meiji-era at the end of the 19th century counted 1,282,000 members of the “high samurai”, who were allowed to ride a horse, and 492,000 members of the “low samurai” who were allowed to wear two swords but not to ride a horse, in a country of about 25 million.

Some versions of Bushidō include compassion for those of lower rank, and for the preservation of one’s name. Early bushido’s early literature emphatically insist of conducting oneself with calmness, equality, justice, and propriety. The relationship between learning and the way of the warrior is clearly defined since the one completes the other.

Other experts are focusing on the warrior philosophy about the methods of raising children, appearance, and grooming. Αll of this can be considered as part of one’s constant preparation for death. According to Bushido principle, a good death with one’s honor intact is the ultimate aim in life. Indeed, a “good death” is a reward by itself. There are no “future rewards” acquired in the afterlife.

Great samurai, but not all (e.g., Amakusa Shiro), had always abhor such beliefs. Especially since their lives included killings, they excluded such reward, especially in Buddhism.

On the contrary, the soul of a noble warrior suffering in hell or a warrior that lingers as a spirit, is a common theme in Japanese art and literature. Bushidō, while influenced by Dao through Zen Buddhism, is a philosophy opposing religious belief, with a deep commitment to propriety in this world for propriety’s sake.

The 7 principles of Bushido 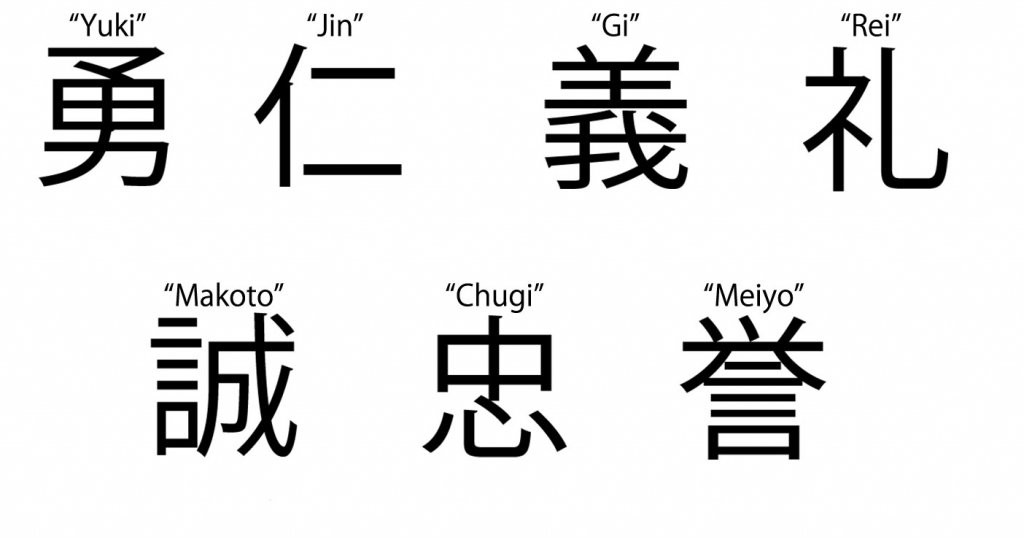