I will never forget the feeling I experienced during the ‘90s, every time I watched a martial arts film. We have all, at some point in our lives, wondered what it would be like to have an instructor such as those in the martial arts movies, to initiate us in the secrets of the respective art – or even secretly wished to have one! Nowadays, more than ever,we seek an instructor who will teach us what we yearn, effortlessly yet skilfully.

Yet above all, we should first ponder on the very meaning of the instructor. Does the instructor of martial arts differ from any other kind of instructor? At a glance, the answer would be YES! It is true that the field is different, however the ethics of teaching and the reasons for teaching should be the same. Frankly speaking, teaching is a vocation, whatever the subject. For example, in my opinion, the definition of an instructor is best described in the movie of Japanese filmmaker, Akira Kurosawa, “Madadayo” (The teacher). 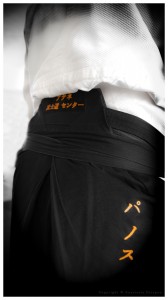 Thus, the instructor can be a source of inspiration, but also a source of great misunderstandings; that depends greatly on the reason why each one of us (myself included) decided to teach. Unfortunately, if the potential instructor does not have a balanced personality, confidence and self-knowledge, s/he could drive herself/himself and her/his students through rough paths with significant consequences for everyone. My choice of words describing a “good instructor” is not random as I could have chosen among a significant number of other words which could be equally suitable. Within the next paragraphs, I will try to analyse the words used to describe a “good instructor” based on personal experience and the things experienced by friends and colleagues and I shall try to explain how they can be a good starting point for some whereas they can become the downfall for others.

At this point, I would like to note that, as you noticed perhaps, I haven’t referred AT ALL to the technical ability of the instructor, as I will speak about it, in a more detailed way, in a future article; thus, said choice is due to the fact that, in my opinion, it is more important for an instructor to leave her/his mark in the field of martial arts thanks to her/his character and actions rather than the things s/he knows, even though the latter is a matter that requires further discussion.

1. A well balanced personality. Before a person enters a room to teach a) s/he has to ask herself/himself the reason why s/he chose that, b) what s/he expects to gain from that. The worst examples in the field of martial arts have to do with these two particular points, that is the wrong reasons why some people choose to teach and all the unattained expectations of instructors which finally become a heavy burden both for the instructor herself/himself and for her/his students. In my opinion, when someone starts to teach, ideally s/he has to have built a complete and balanced personality which shall inspire respect in a social and/or friendly level, beyond her/his ability to teach. If someone tries to reach recognition through teaching, when s/he tries to gain the respect of her/his students – a long-term process that can become time-consuming and tiresome at times when one has to deal with adults – and not succeeding, it is possible that this person will become an instructor-tyrant, as I often say jokingly.

Let’s take for example the children’s class. The first thing that a new kid will do is to doubt you in order to test your limits. Naturally, when dealing with a child, you won’t feel seriously questioned due to the fact, in a way, you feel superior to them.

(And a small parenthesis: there has been an incident at a private school where a martial arts’ instructor kept screaming to kids “Goddamn it! Shut the hell up!”. It truly is horrifying not to be able to get not even a child to listen to you: perhaps in that case one should wonder whether teaching is actually not one’s strong suit!) When it comes to an adults’ class, the smallest disagreement could escalate if the instructor is unable to see the bigger picture but instead, due to self-centeredness, s/he takes matters personally. Obviously, it all comes to the character of the instructor and how balanced a person s/he can be.

2. Confidence. One of the main characteristics of an instructor is that s/he stands before an audience, before her/his students. Therefore, the first thing s/he has to do is to be ready to accept any kind of criticism, even if s/he doesn’t like what s/he hears. Sometimes criticism is favourable and sometimes it can be destructive as Greek people usually tend to have an opinion about everything, even though they have contributed with absolutely nothing to that which they criticize. Therefore, if the instructor does not have self-confidence and s/he happens to receive some kind of negative criticism, there are two things that could happen: a) the instructor immediately victimises the critic, in this case, her/his student, b)s/he will try to prove the student wrong. So, what comes next? On the one hand, possibly, the instructor will isolate the student from the rest of the team and as a possible “punishment”, s/he might not let the student take the exams because of being “undisciplined” and because “s/he expresses her/his opinion too freely”. If that’s the case, the consequences won’t be as bad: the student could always change schools if s/he wishes so. On the other hand, there is also the case where the instructor will try to show the student that s/he made a mistake. In Maths, if you make a wrong calculation, in the worst case scenario, you get a bad score. In martial arts, if one questions the technique of the instructor and s/he decides in turn to show you the “right” way, it could possibly lead to inflicted pain or, in worse cases, even to injuries. Violence is the worst trait a martial arts instructor can show and unfortunately it is directly connected with a low self-esteem.

I believe that regardless of the martial art we practice, we have all heard of an instructor who is known to be violent. Ask yourselves whether said instuctor is violent because s/he aims to act “realistically” and be “effective in the street” as some claim, or whether s/he just lacks confidence and s/he is merely insecure; to put it simply by using an example of a realistic self-defence technique: if someone attacks me, I will extent my hand in such a way so that one of my fingers gets in the eye of my attacker. How much strength does this move require? How much violence? Physically, none. Everybody could do that. In psychological terms, however, such thing would require immense mental strength to harm another person, especially to blind them. That clearly shows that physical strength is not at all necessary in order to be effective and that violence should not be accepted in the name of effectiveness.

3. Self-knowledge. Self-knowledge is a precious tool not only regarding an instructor’s proper behaviour, but also regarding the way s/he conveys the knowledge s/he has attained. Every instructor, depending on her/his teaching experience in the field of Martial Arts, develops a reverse dipole of experience and abilities. Through the years, s/he gains tremendous teaching experience and the know-how to solve problems through her/his contact with hundreds of students and different situations. Unfortunately, the all-conquering Time can subdue everyone, so the body starts to deteriorate. Being self-aware, the instructor can turn the disadvantage of a failing body to an advantage, through experience. However, if an instructor is being oblivious to that and insists on searching for “past glories” by being competitive or push her/his students to use competitive tactics, that can only lead to disharmony within the school, intense antagonism and, naturally, conflict among its members.

Therefore, self-knowledge is knowing both the limits of your body, which is considered a tool in the field of martial arts, and your mental traits, in order to give your best to your students in an educational level. Your students are not competition; you do not have to prove to them your superiority; they do not criticize you… They are your companions to a common path full of pleasant surprises; they are the people who chose to be by your side; the ones who trust you because they see things in you that maybe sometimes you, yourself, have forgotten about. That is the reason why, dear Instructor, you should not consider yourself separate from your students! Do not forget that you have been in their shoes yourself. So, just lay back and enjoy the path, forging together with your students many beautiful and unforgettable experiences!

This site uses Akismet to reduce spam. Learn how your comment data is processed.